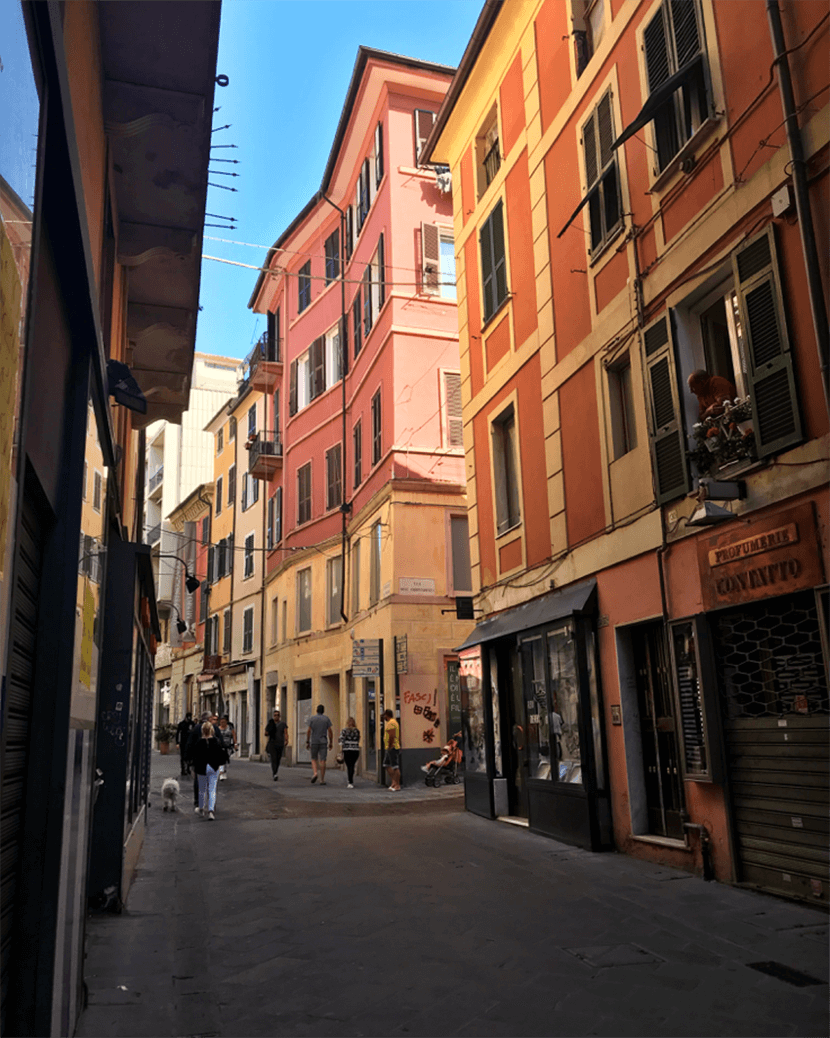 Hello everyone! I’m officially back from abroad and oh boy do I have a lot to share! If you don’t remember who I am, my name is Alyssa and I have been working for Sallie for three years this September (woo!). The month I spent abroad was one I will never forget, I learned a lot about myself, new cities, and the world- an experience I highly encourage you to go after. I’m already storming up ideas on my next adventure!

While abroad, my main destination was Florence, Italy. And honestly, I couldn’t say enough good things about this city, besides the abundant number of tourists (I’d like to consider myself a local since I was there so long, lol!).  It is just so rich in culture, history and art. Every corner you turn was something new, whether it be an intricately hand carved wooden door, or a beautiful new cathedral.

I spent three full weeks in Florence, making a day trip to Orvieto, Italy, and weekend trips to Cinque Terre and the Amalfi Coast where I visited Capri and Positano. Then, after the three weeks, we headed to Amsterdam for about four days before eventually making our way back to Florence to catch a flight back to the States, sigh.

While visiting Orvieto, I learned about the vast history of the quaint city propped on top of a gorgeous valley. It is known for its highly innovative infrastructures like St. Patrick’s Well, its ancient oil making process discovered beneath in their grottos, as well as my all-time favorite and well-known Cathedral.

Most interesting part: St. Partick’s Well (yes, it is named after THE St. Patrick we all celebrate March 17th) As you walk down this 200 foot well, the air begins to cool with each step (hold on, this isn’t the coolest part!) additionally, it incorporates a double helix design, which is an engineering wonder, especially considering it was built in the 1500’s. This means the stairs to go down are its own separate case, while the ones going back up are as well. So, you will never cross paths with someone who’s going up while you’re going down. Talk about trippy! Or maybe I should say…not AS trippy…as it would be…if it didn’t have this ingenious design… 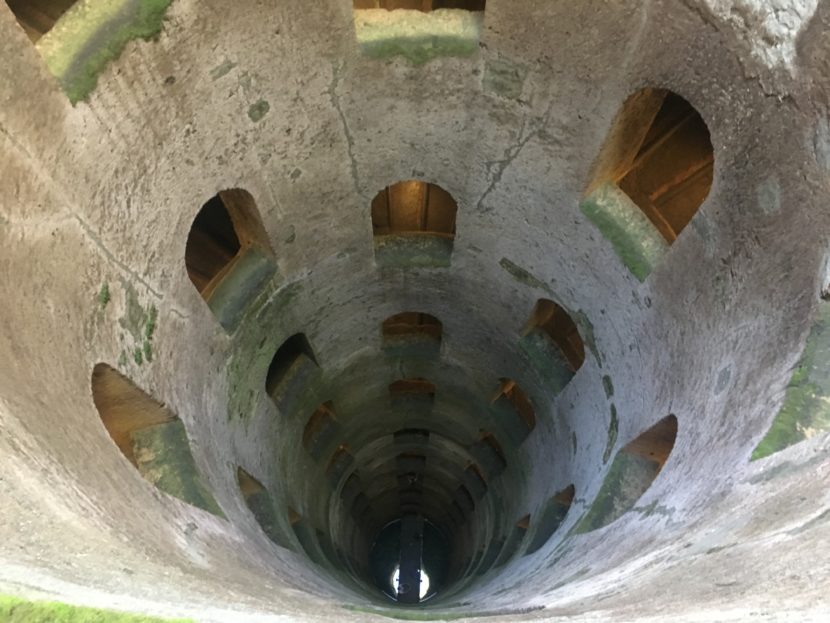 From just about the top, all the way down! The windowsills in this are just so cute! 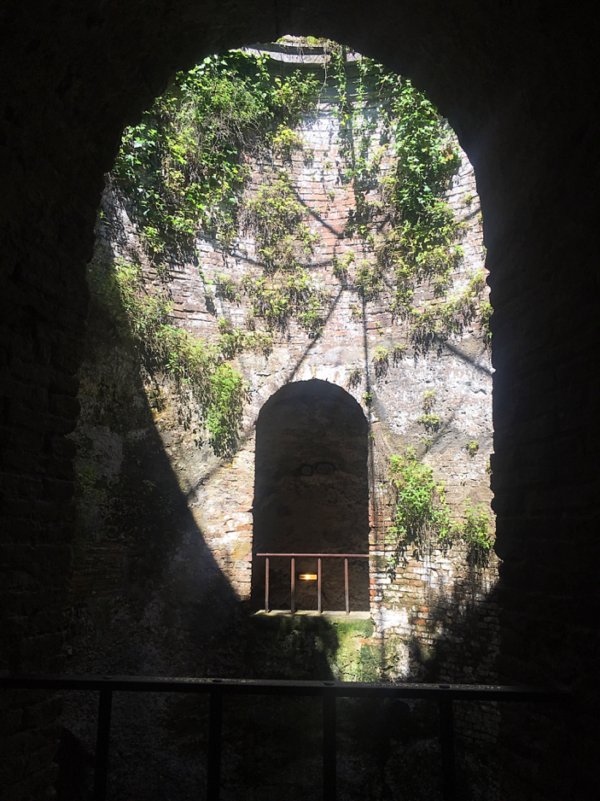 Another look from inside!

Most beautiful part: Besides its views, their Cathedral was nothing short of spectacular as it is popularly known for its immaculate façade. On it, you can see four large and intricate carvings that go on to depict the creation of man all the way to the final testament. Furthermore, it was covered in hand-laid mosaics, which is what amazed me the most. Seriously, I probably spent 30 minutes alone just staring at ONE pillar covered in the highly thoughtfully placed tiles. 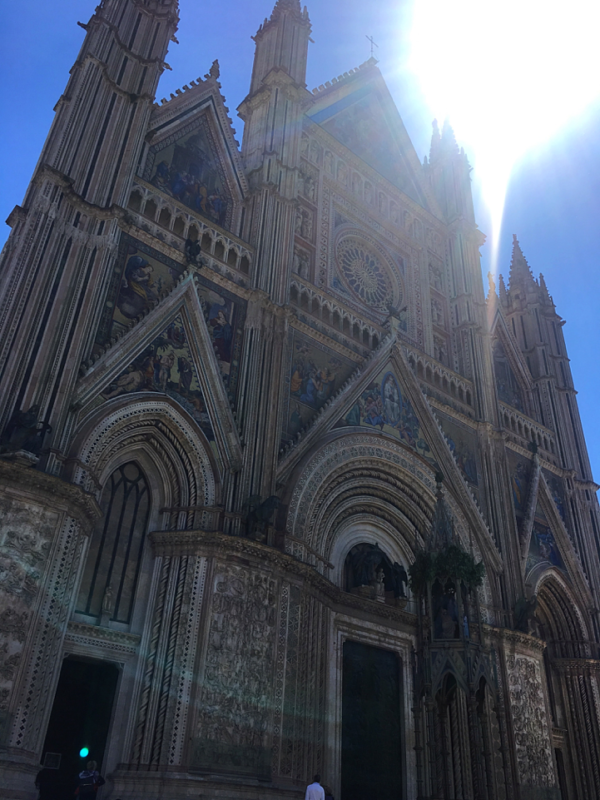 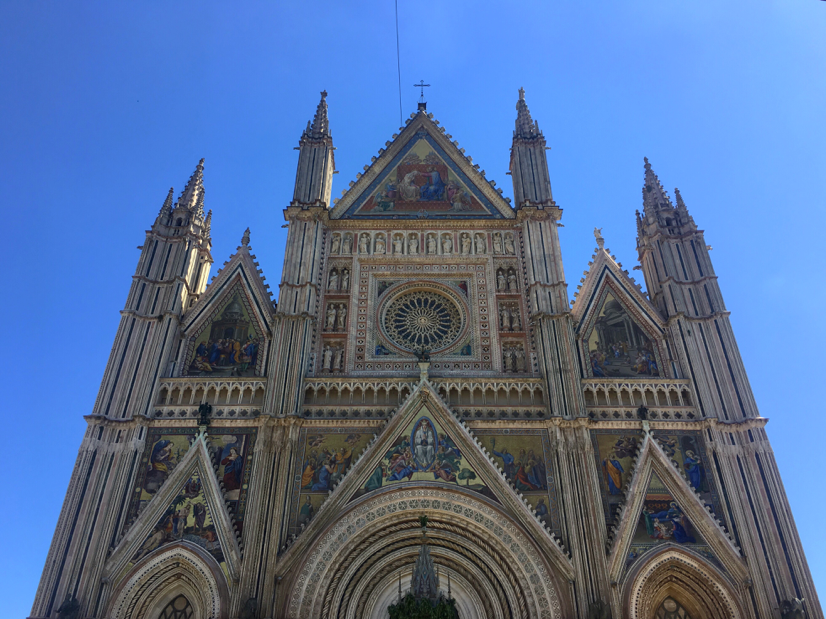 Seriously, ALL that detail from even this far away! 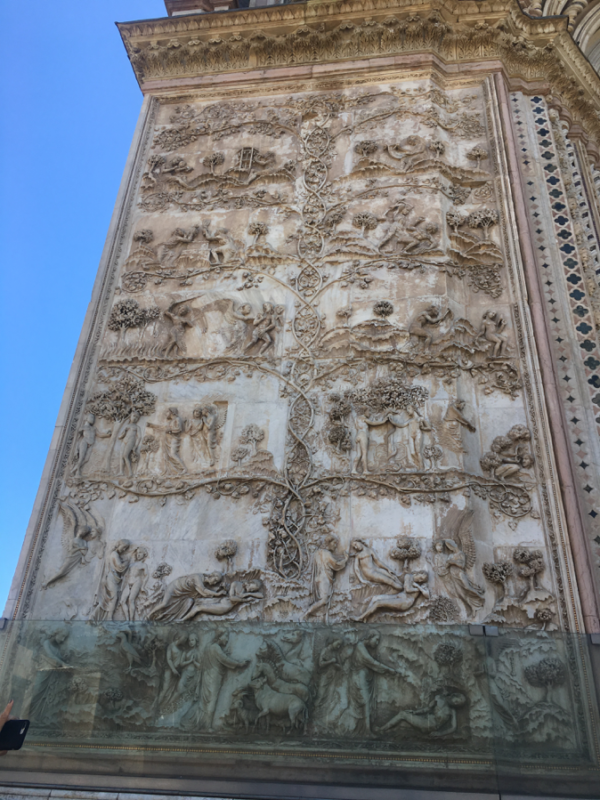 Shot of the mosaic spindles and again, the intricate carvings. My hands just hurt by looking at this! 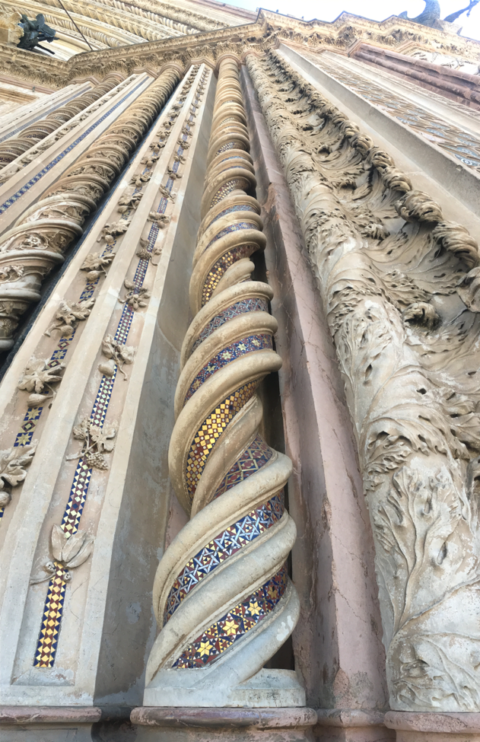 A closer look…This is the part that depicts the creation of man. And believe it or not, the more the story goes on, the more intricate the carvings got. Another close up of the mosaics, which is just one of many different designs.

My next stop outside of Florence was Cinque Terre, where I had the most miserable time sitting on the beach all day on one of the five islands, Monterosso. Tough life, right? My first stop off the train station here was getting a “bucket”, a highly-suggested activity, filled with your choice of drink. Personally, I chose strawberry daiquiri. Then, we lounged and I mingled with some locals and took in the ocean views. My only regret- not getting more pictures! But, I guess that’s what I get for making a B line straight for the bucket. 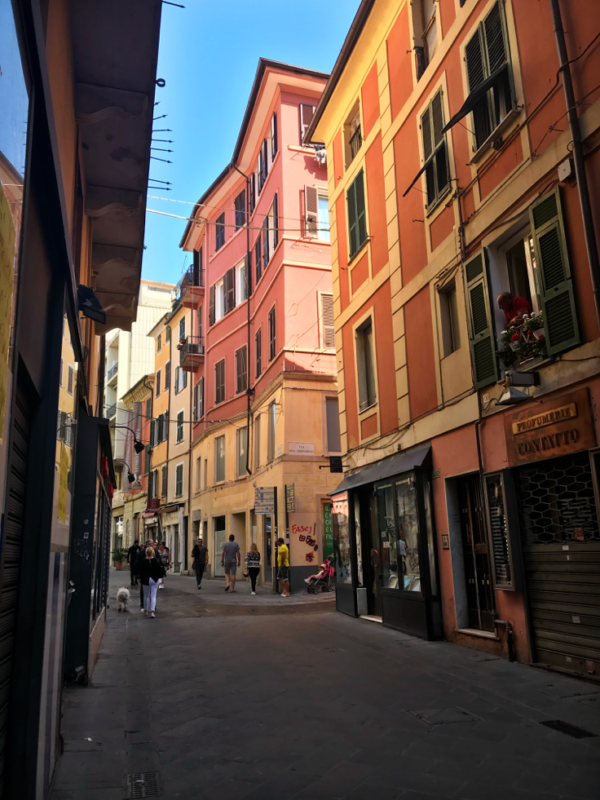 Walking through the streets in Cinque Terre! 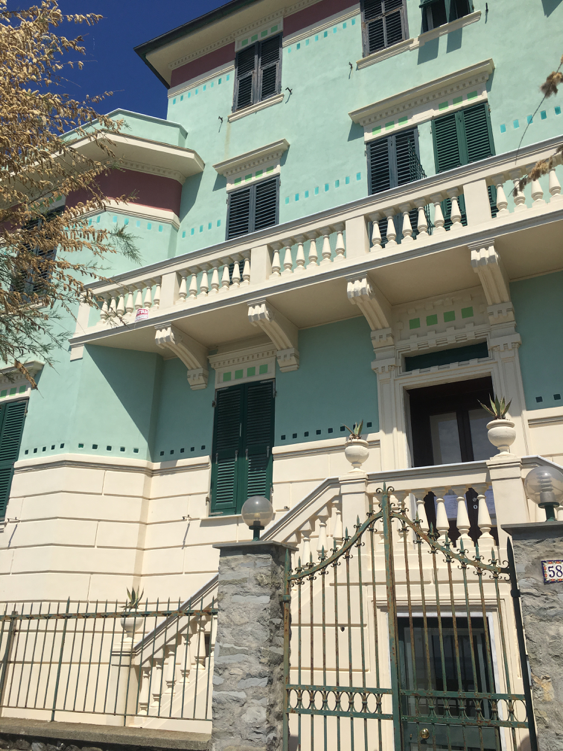 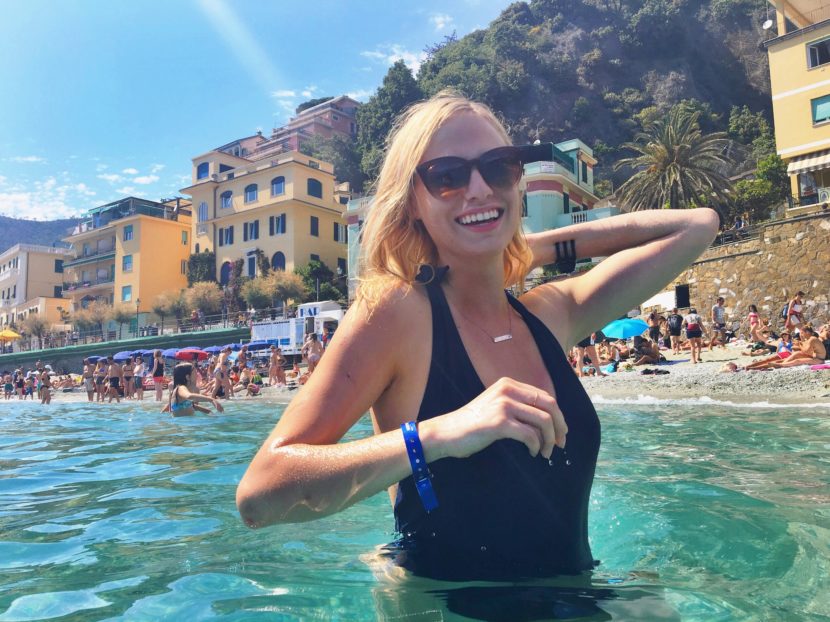 Here’s me smiling at how much I love those colorful houses!

Stay tuned for our next blog on my trip aboard where I dive more in depth on being in Florence, my weekend in the Amalfi Coast, as well as the few days I spent in Amsterdam!

OH, HELLO THERE!
Want to Become a Fab Friend of GHI’s?